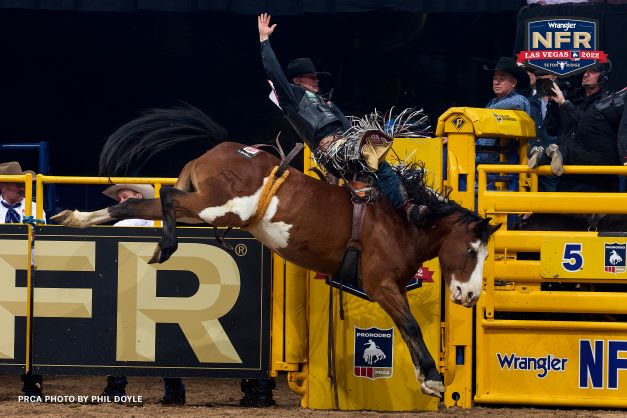 LAS VEGAS, Nevada (December 2, 2022) –   Three Minnesota cowboys are looking to cash in while competing in Las Vegas during the Wrangler National Finals Rodeo.  The WNFR is ProRodeo’s “Super Bowl” paying out $10.9 million dollars. It is the richest, most prestigious rodeo in the world and boasts a sold-out attendance for more than 30 years.  Nearly 170,000 fans will pack the Thomas & Mack arena over the ten-day run from December 1-10. 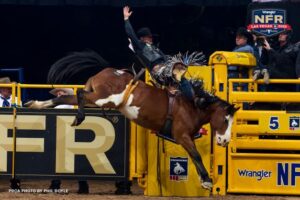 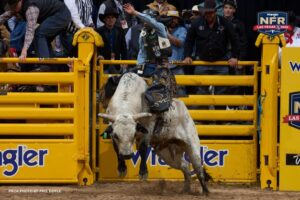 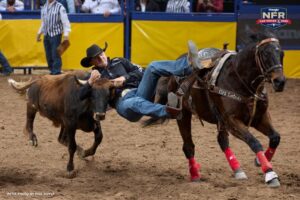 Viva Aus Vegas could be heard loud and clear from the Aus family cheering section in round 2. Duces were wild for Aus.  He placed second during the second performance on the second night of the WNFR in 2022.

Oftedahl won the bull riding championship at the 2022 Buffalo PRCA Championship Rodeo in Buffalo, Minn. In 2013 Oftedahl won the American Heroes PRCA Rodeo in Hawley, Minn. and filled his permit. He took a break from fulltime competition until this year. He enters the WNFR in 15th position with $107,943.89 won in the regular season.

Photographs of Round 1 courtesy of ProRodeo

About Barnes PRCA Rodeo: Established in 1950 Barnes PRCA Rodeo from Peterson, Iowa continues to be a premier livestock contracting company and member of the Professional Rodeo Cowboy Association.  The longevity of Barnes PRCA Rodeo is captured in the marketplace where community celebrations have been continuous partners dating back 40, 50 and 60 years. For more information visit www.barnesprcarodeo.com